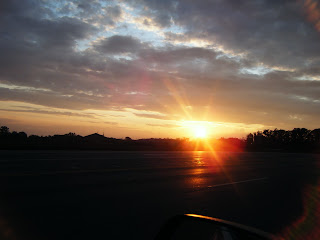 Friday: Butterfly got to see her grandparents and get her birthday presents from them.  They had been sick (and still were not feeling great) so they missed her party.  She had a wonderful time, normally when she goes some where the division of kids means she is either with mouse (middle two) or with Badger (girls together) well as Nathaniel goes to dinner with his dad on Friday evening she got to go with him and it was different and odd for her.  I also took the car, better mileage, which she very rarely rides in so that was fun for her too.  Grandpa surprised her with an ice cream cake.

Saturday: We went to the farmer's market, despite the cold wind it was a good day!  Huge beets from a very pregnant woman, tiny thai peppers, cayennes, shallots (I am plant half the bag and hoping)  pie pumpkins, soap (that is helping with my skin) kettle corn, cookies, coffee and cocoa.  We saw neat clockwork looking spiders, goat cheese in 2# block that I want but can't go through enough so I am hoping to find someone to go in with me, the river looked so wild and fast alongside the market.  Definitely have to go one more time before they close for the season.

Then a friend and her soon to be husband stopped by and we ended up chatting about garden and plans.  They are getting married in May and the florist wants $20 a bunch for lily of the valley!  They are going to come up and pick my yard instead, hopefully the maiden's veil bushes will be in bloom in time so they can snag some of that too.  We ended up finding hidden treasures in the kids garden.  Mouse had beans hanging that we have collected for seed, Badger had tiny carrots, and Butterfly had a few cherry tomatoes.  They only could stay an hour or so but it was nice.

Then Beaver and I hopped in the car and drove to the Military Miniature Society of Illinois Show where his team competed, as adults.  The oldest is 17!  All of them did well.  Beaver's piece got a letter of merit in the general class showing he needs to work to compete but that he has the talent and is competing at the right level.  I think he was a little disappointed, I was proud.  He did get very inspired, and ended up talking to one vendor who gave him two flats to try painting.  They are revolutionary war soldiers and he will have to learn about the proper uniforms and how to paint a flat.  The team went out to dinner at a nice restaurant after.  The leader wants the kids to experience different things and grow not just as a painter but as a person.  I had the best mussels I have ever eaten, Beaver had a Caesar salad.

Sunday: We got up in time for church, have not been in a while, but since Butterfly had asked if Church was in season, I figured we ought to go.  Changes!  Beaver's class in Sunday school is gone in favor of a multiple parish youth group that meets at a different time, so he is going to help out in the younger kids class.  Butterfly is old enough to start.  She was very nervous at first, but Beaver sat with her and soon her friend showed up and she felt better about it and had a great time.  The adult class was very interesting, no plan due to the death of a long time parishioner, so the priest just opened up discussion with ask me anything and let the discussion move from there.  We ended up talking about the differences between the Western churches and the Eastern churches.  I did not realize that with regard to a lot of things Episcopal church beliefs are closer to the Eastern church than the Catholic.

Then we raced home, quickly cleaned up and ate. My friend from the day before came over with her mother, future mother in law and another friend came.  We covered cardboard hat boxes with fabric.  They will be her centerpieces.  She baked scones and brought jam and tea and we had a bit of a tea party after we got the boxes done.  I was thinking the whole time if she leaves the scraps I am making her a table runner.  Her mom, dumped a handful or so into the garbage, when the left I rescued them.  The kids saw me, and I told them I what I wanted to do.  They raced out of the room, each bringing back a few scraps they had liberated during the day.  They offered up their treasures for the woman they view as aunt, I see her as family too, and immediately asked to help. Soon I will be helping to make her dress, my dress and the dresses of each of my daughters.  I need to make outfits for the boys too.  The wedding has a steam punk theme, so Victorian dress clothes.