adventures in wool part one

aka how I spent my week.

Dyeing wool with acorns.  A long review of the internets revealed that everyone does this differently including which part of the acorn they use about the only thing that they agreed on was alum for a mordant and equal parts acorn to wool. 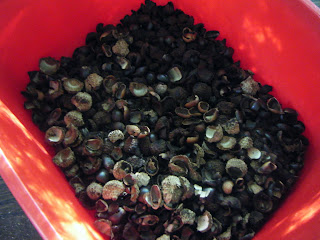 I weighted out a pound of wool, it looked like this: 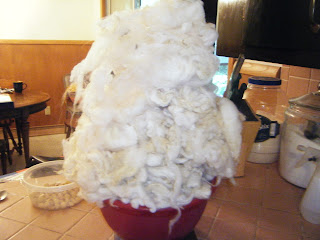 and simmered it in alum for an hour, and rinsed it. Then I simmered the wool in the acorn water.  Oh yeah, by this point my entire house smells like nutty toast and wool, I liked it, my husband not so much. 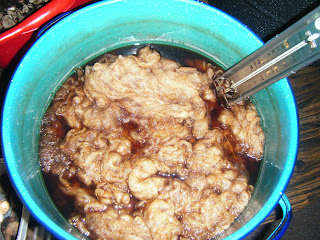 I then decided to leave the wool in the water over night in the hope that it would darken a bit.  Three days of work took me from cream to light caramel. 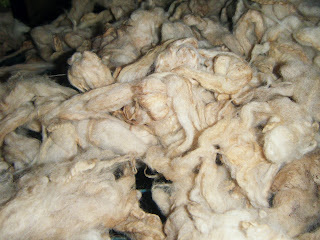 not sure if this was worth it.  I plan on trying goldenrod next, no shelling and it makes a pretty yellow.  I did pick up a hot pad so I will be able to do the cooking out on the porch instead of in the kitchen.  Hopefully this will lead to less grumpy husbands.